The corrupted 120+ member tobacco economists network. Part 23 of many

At least five network economists at that point had formal bonds with the Southern Economic Association. Anno 2015, 3 of the 8 officers of the association were members of the Social Cost Consultants network (Peter Boettke, Fred McChesney & Jeffrey Clark). Back in 1985, Robert D. Tollison, ringleader of the economist network, was elected president of the Southern Economic Association. Consultant James Savarese saw the lobbying-potential, and wrote this letter 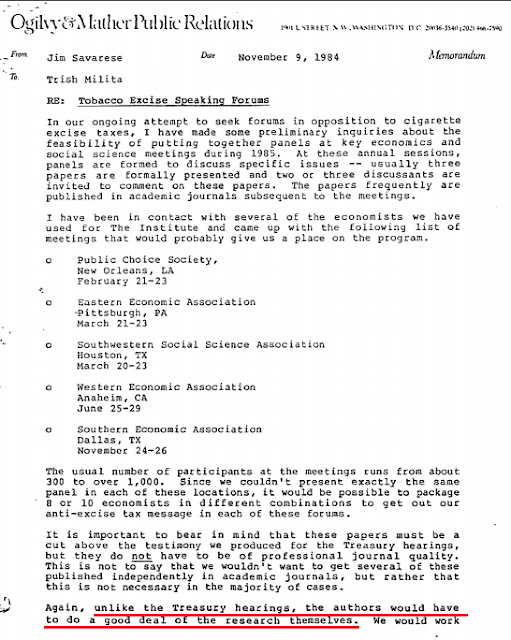 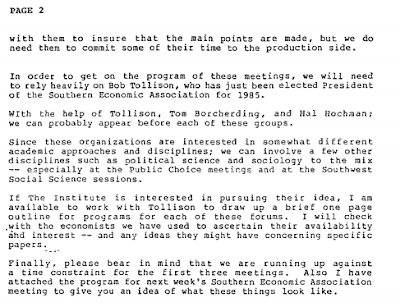 Savarese's letters seem to imply the tobacco industry wrote material subsequently presented by the economists as their original work.

Savarese's plan worked out, and the economists presented their anti-tax (read: pro-tobacco) message during several conferences of economic associations They all knew their mission.

It is impossible to claim the economists attending these conferences, 'understanding their mission', and submitting their papers to the Tobacco Institute ‘for review in advance’ were useful idiots. They were aware their mission was manipulating the conference attendees.