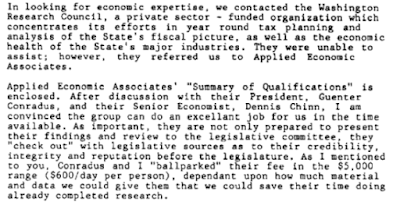 As he accepted money from the industry, Chinn most certainly was not an independent economist.
Geplaatst door jules op 18:06