Overview of testimony of Robert Tollison

Many of the network economists appeared during legislative hearings. Here we only consider the testimony in hearings attended by Robert Tollison, the others are listed in the appendix which will be publiced in the last blogpost of the series. Of course Tollison received training and he was given some practice questions 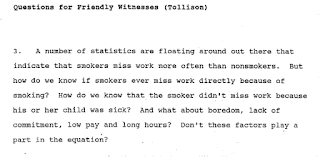 Tollison probably got invited after writing a letter to Senator Stevens. Do notice pretends to write on his own behalf. That is a lie.

The report of the hearing by the TI is quite interesting 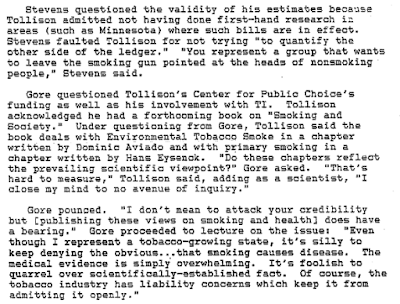 We do not know how much Tollison earned for this hearing, but PR-firm Ogilvy and Mather billed the Tobacco Institute a couple ofthousand dollars for the public relations done for the hearing[9]

Do notice the total lack of honesty : 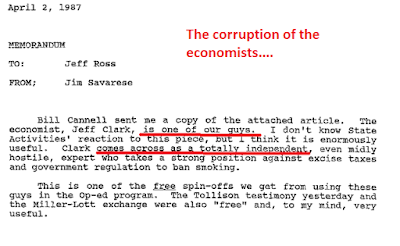 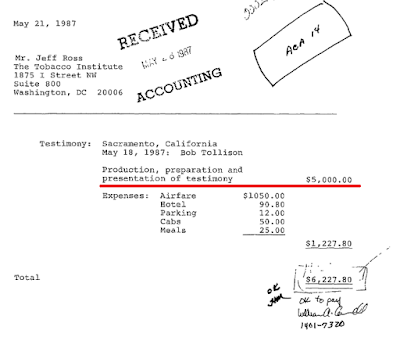 Tollison is not just addressing social costs, but spends a great deal denying the health risks of second hand smoking even though his statement was written AFTER the 1993 EPA-report. 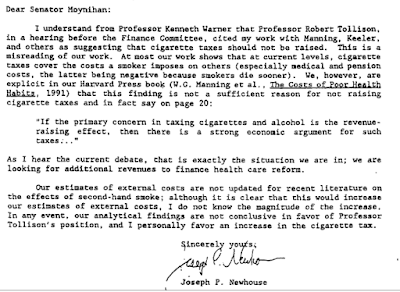 The same memo shows Dwight R. Lee appeared during three different hearings that year. I did not find the invoices, but the Tobacco Institute anticipated that he would testify, and the 1994 budget listed 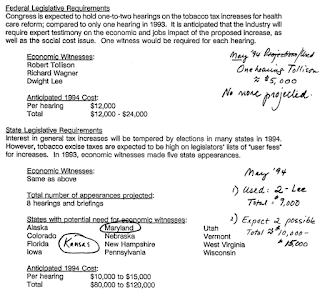 There may have been other times when testimony was offered than those mentioned in the appendix ((not yet published). The industry wrote a yearly overview of activitiesin 1989 and 1990, but overviews for other years could not be located.
Geplaatst door jules op 06:07