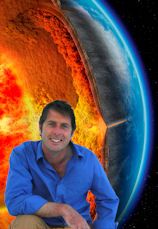 Just a little memo to the People in Belgium and Holland that tonight at 10 pm the Belgian TV-channel Canvas will broadcast the first of the three episode BBC series Climate Wars.


I have to confess i haven't seen the series myself yet, but i did see Iain Stewart's series Ring of Fire in which he talks about the influence of earth's geology on mankind. He's a great communicator and i highly enjoyed watching that series.

And according to what Kate writes at climatesight, Climate Wars seems to be just as promising. So my recorder is set.
Geplaatst door jules op 18:21 No comments:

Email ThisBlogThis!Share to TwitterShare to FacebookShare to Pinterest
Newer Posts Older Posts Home
Subscribe to: Posts (Atom)
"The target audience of denialism is the lay audience, not scientists. It's made up to look like science, but it's PR." David Archer