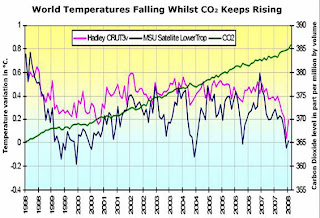 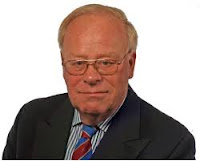 In Holland a new website called De Dagelijkse Standaard was found to give a tribune to a couple of conservative writers to spread their worldview.

Of the contributors, best known in Belgium is Dutch columnist Derk Jan Eppink who recently announced to candidate for Lijst De Decker in the next European elections.

Another sounding name is Hans Labohm for whom the site has become his personal playground, with a daily post of his visions on climate science. I never took the trouble to comment on what Labohm wrote over there because it's simply too much too debunk and he's simply repeating the same things over and over again.

I couldn't resist though to give a few comments on the website (i know, i know, don't mock me) and once again stumbled onto something i couldn't believe.

Labohm made a post in which he's not saying much more than that S. Fred Singer wrote this text.


Unproven. Made up. Slander.

The strange thing on this statement is that 3 monts earlier, on December 30, 2008 i received an email from Hans in which he admits Singer received money from Exxon.

Could it be someone is making statements on DDS he knows to be untrue ?


UPDATE : Meanwhile on DDS, Hans Labohm replied to what i said. His two main points are :


The NIPCC rapport Labohm often cites was well funded: S. Fred Singer declared it was worth143.000 US $.
Geplaatst door jules op 01:40 No comments:

Email ThisBlogThis!Share to TwitterShare to FacebookShare to Pinterest
Labels: De Dagelijkse Standaard, Hans Labohm, S. Fred Singer
Newer Posts Older Posts Home
Subscribe to: Posts (Atom)
"The target audience of denialism is the lay audience, not scientists. It's made up to look like science, but it's PR." David Archer