How the media can manipulate our viewpoint 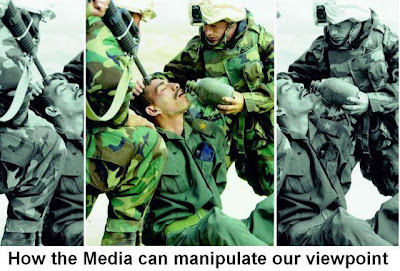 On the Klimatosoof-website DGR’s Theo Richel complains that the “55 Dutch scientists open letter” published on SENSE contains a lot of “non-climate scientists” like biologists. He writes a whole paragraph to say he thinks biologists aren’t able to understand the complex physical processes of climate science. He also wonders about the fact there are economists, politicologists, mathematicians on the list. He concludes :


On the grounds of their education only a minority of all signers is able to judge whether IPCC’s claims on anthropogenic climate change are true.

According to a comment of Bart Verheggen (link in Dutch) most of the names he recognizes actually do work in a domain related with climate research
But given Richel’s argumentation it might be fun to have a little closer look at the people who wrote (or were interviewed) on the Klimatosoof website the past half a year or so :
And of course in the entire advisory board of the Klimatosoof there’s no-one who ever worked in a field even remotely close to climate science.
I think Theo Richel just disqualified his entire website :)
Geplaatst door jules op 12:26 2 comments:

In the end of 2008 i wrote a blog post to show that a misrepresentation of a Belgian climatologist in a Belgian newspaper somehow ended up in the Inhofe 650 report.

It’s been out a while already but i only discovered now that the March 16, 2009 update (aka Inhofe 700) of the Inhofe report acknowledges that Debontridder’s views and his report at the Belgian Royal Weather Institute were incorrectly represented.

These extra lines were added to the original text (my emphasis):

[Note: Though Debontridder dampened climate fears with such quotes as “There's no need either to needlessly frighten the public. Bruges will not be on the coastline by 2050,” he reportedly claims he and his report were not translated correctly in media reports from 2007. (LINK) ]

I think it’s pretty safe to say that Marc Morano, author of the Inhofe minority report, took my blog as a source for his erratum :

Should I be happy now that Morano at least used a reliable source (hear hear) to write his erratum ?

The reason why Morano didn’t insert the first part of the sentence is pretty clear if you look again at the full translation which i already gave in my previous post of December 2008 :

"we cannot go on, following a business as usual policy like this, but there's no need either to needlessly frighten the public. Bruges will not be on the coastline by 2050."

While Morano want to suggest between the lines that Debontridder minimalises the consequences of global warming, truth is that in the VERY SAME SENTENCE Morano quoted Luc Debontridder warns it’s necessary to take actions !

I’m not entirely sure the Debontridder-erratum in the Inhofe 700-list is such an improvement.

Email ThisBlogThis!Share to TwitterShare to FacebookShare to Pinterest
Labels: Inhofe 650, inhofe 700, Luc Debontridder, Marc Morano
Newer Posts Older Posts Home
Subscribe to: Posts (Atom)
"The target audience of denialism is the lay audience, not scientists. It's made up to look like science, but it's PR." David Archer