The corrupted tobacco economist network, Part 44: another example where the 'independent academics' allow the Tobacco Institute to alter the draft versions of their work.

Office of technology assessment on the costs of smoking: wrong again

In 1993 professors Robert Tollison and Richard Wagner wrote the paper The Office of Technology Assessment on the Costs of Smoking: Wrong Again. It was published by George Mason University's Center for Study of Public Choice. Once again, this was not an independent scientific publication. Tobacco Institute's Calvin George wrote 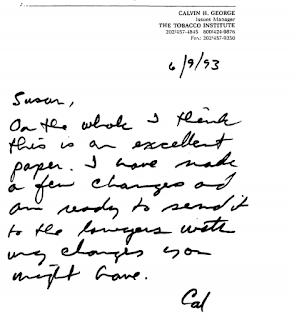 Everything Tollison and Wagner wrote had to be cleared by the Tobacco Institute's lawyers:

The LTDL shows indeed corrections were made by the industry.

And yes, these changes do appear in Tollison's final draft 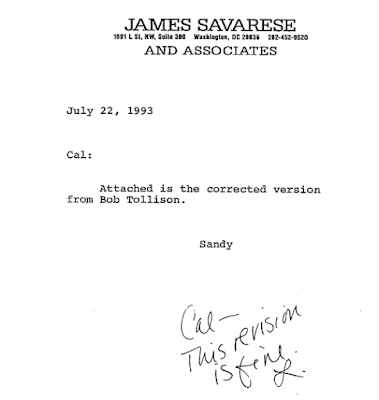