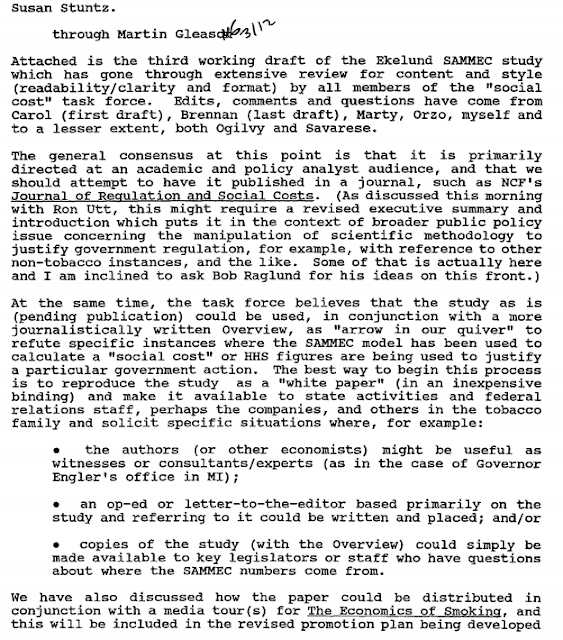 The paper was written by Robert Ekelund and Richard Ault, both from Auburn university, a good but messer know university. Savarese found a solution

The document was written during a period when the network was in decline (this will be explored in another blogpost), and the document might give one of the possible explanations. The 1993 EPA report stated that second hand smoking indeed as harmful for the environment, and attacking the EPA's report became a much higher priority for the industry.
Geplaatst door jules op 02:15